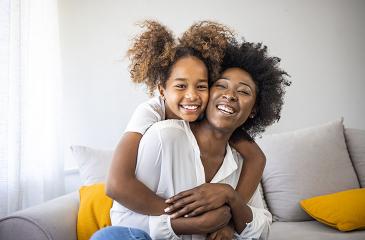 Examining the Role of Caregiving Behavior in Shaping Youth Cognition

Caregiving plays an important role in supporting cognitive development, yet it remains unclear how specific types of caregiving behaviors may shape cognition, highlighting the need for large-scale studies.

In this study published in PsyArXiv, the researchers characterized replicable yet specific associations between caregiving behaviors and cognition in two large sub-samples of children ages 9-10 years old from the Adolescent Brain and Cognitive Development (ABCD) study.

Across both discovery and replication sub-samples, they found that child reports of caregiver monitoring, such as supervision or regular knowledge of the child’s whereabouts, were positively associated with general cognition abilities, after covarying for age, sex, household income, neighborhood deprivation, and parental education.

Additionally, they found that caregiver monitoring partially mediated the association between household income and cognition, furthering the understanding of how socioeconomic disparities may contribute to disadvantages in cognitive development.

The researchers say their results reveal substantial specificity in how caregiving behaviors may shape youth cognition that consistently replicates across two large sub-samples.

“Highlighting the importance of parsing specificity in caregiving behaviors, we found that caregiver monitoring, but not caregiver warmth, is consistently associated with a general measure of youth cognition, but not executive function or learning/memory,” the researchers say. “Our findings also speak to the importance of examining subtle differences in a child’s environment and experiences that may have profound impacts on cognitive development, complementing a large body of research on the effects of more extreme circumstances. Finally, our results support efforts for more equitable social and economic policies that can alleviate the lasting impacts of low socioeconomic status on cognitive development.”