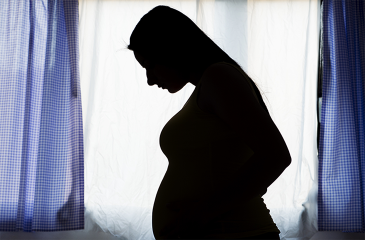 Anna Zilverstand, PhD, an assistant professor in the Department of Psychiatry and Behavioral Sciences and member of the Medical Discovery Team on Addiction at the University of Minnesota Medical School, and Sylia Wilson, PhD, an assistant professor in the Institute of Child Development, received a $6 million grant from the National Institutes of Health (NIH) to study the effects of substance use in mothers and how it affects their children.

It is one of two grants awarded to the U of M for the HEALthy Brain and Child Development (HBCD) study.

For this study, 25 universities across the U.S. will enroll 7,500 pregnant people and follow them and their children for up to 10 years. Researchers will collect data on substance use and other risk and resilience factors during the pregnancy and early childhood, and then study the impact on brain and behavioral development of the children from birth through early childhood.

Drs. Zilverstand and Wilson are the co-principal investigators of the U of M study site, along with Michael Georgieff, MD, professor and executive vice chair in the Department of Pediatrics at the Medical School and co-director for the Masonic Institute of the Developing Brain (MIDB).

“The Masonic Institute for the Developing Brain is vital to this project,” Dr. Zilverstand said. “Not only will our team be doing all of our assessments at the MIDB, but researchers at the U of M will analyze the data from all 25 study sites using MIDB. It provides a unique resource that enables these long-term projects that are extremely complicated.”

Roadblocks Along the Way

The team ran into a major roadblock while trying to get approval from the NIH to become a study site.

“I have been wanting to study drug addiction ever since I was a teenager because I have seen the damages it does to society and primarily to families,” Dr. Zilverstand said. “When this research project came along, which is focused on the effects of substance use in mothers and how it affects their children, I was really interested and immediately said yes.”

It wasn’t until after she agreed to do the research that several of her colleagues warned her that it would be difficult to enroll participants in the study due to Minnesota’s mandatory substance-use reporting law. Dr. Zilverstand started to look further into the implications of the law.

A mandatory substance use reporting law was preventing women access to addiction services and preventing prenatal care and research.

“From an ethical perspective, it basically means that we can’t do a research study because by participating in the study, these women would have the additional risk of being reported to social services,” she said.

After consulting with several clinics, Dr. Zilverstand found that 66-80% of the women coming in to seek treatment never come back after finding out about the mandatory reporting law.

Dr. Zilverstand and the NIH came to the conclusion that the study was not able to progress. She then found out about an initiative led by clinicians to change this law with the goal of allowing more women to seek treatment without the fear of losing their children.

Dr. Zilverstand teamed up with Minnesota House Representative Kelly Morrison, an obstetrician-gynecologist herself, who was leading the initiative, and helped lobby for the law to be changed. They succeeded.

“The numbers in Minnesota in terms of babies that have been affected by opioids are increasing. Both the clinicians and politicians see a huge need,” said Dr. Zilverstand. “That was really rewarding for me as a researcher to see.”

The law change halts the requirement of prenatal care providers to report women using a controlled substance during pregnancy, if women are seeking clinical care. Dr. Zilverstand says the change allows for better access to addiction services and the elimination of several barriers preventing prenatal care and research.

After receiving official approval from the NIH, Dr. Zilverstand and the research team started their research on Sept. 30, 2021.

This story was originally published by the University of Minnesota Medical School on Oct. 29, 2021. 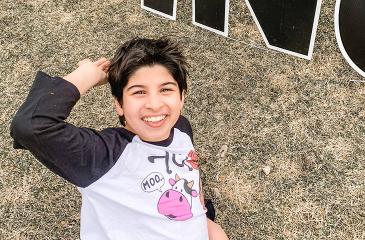 MIDB makes it easier for families – like Feroza Mehta and her son, Aidan – to get comprehensive care for autism spectrum disorder (ASD). 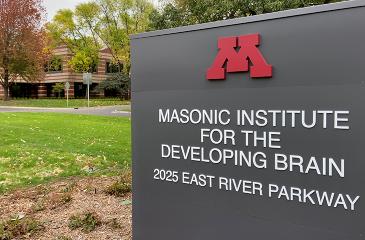 Research, Treatment and Community Engagement at the Core of New UMN Brain Institute

The Masonic Institute for the Developing Brain aims to bridge gaps across treatment, research and community integration. 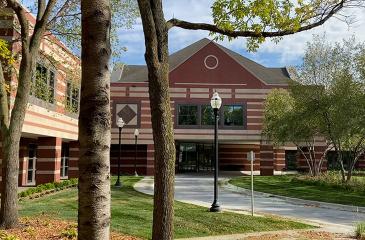 After more than a year of renovation, the new MIDB facility opened its doors to the public on Nov. 1.
View Archive