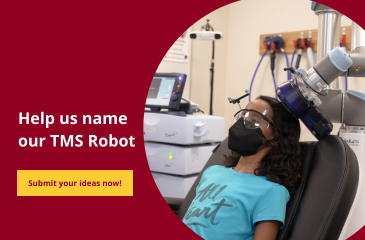 Masonic Institute for the Developing Brain’s Name the Robot contest

Transcranial magnetic stimulation (TMS) is a painless, non-invasive technique used to stimulate the brain. TMS is already an available treatment for adults with depression and obsessive-compulsive disorder (OCD). MIDB researchers are evaluating the use of TMS as a new treatment for children and teens with conditions like Tourette syndrome, OCD, depression, autism, and attention-deficit/hyperactivity disorder.

Traditional TMS requires a person to operate the TMS machine by holding a coil against the child’s head for up to 30 minutes, which is challenging for children who have difficulty staying still. MIDB’s new robot delivers TMS in the most precise way possible. The TMS robot gently moves when the child moves, which helps ensure stimulation is being delivered to the right place in the brain.

Robot name submissions are being accepted throughout June 2022. 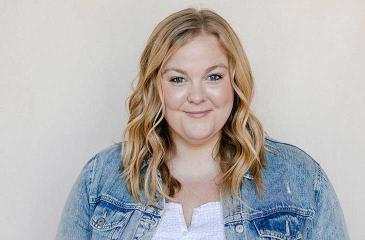 Building systems to support integration of research and clinical care. 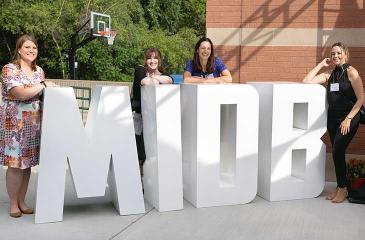 Leaders from MIDB, the University and M Health Fairview, along with donors and supporters, celebrated MIDB and its impact on the community. 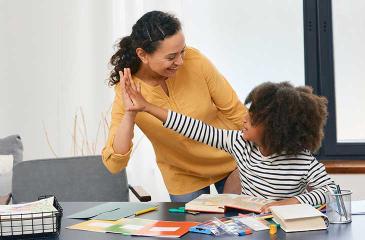