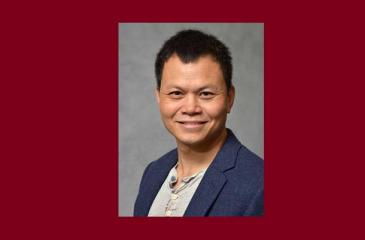 National Leadership in Developmental Origins of Health and Disease

Phu Tran, PhD, associate professor of Pediatrics and leader of MIDB’s Translational Neuroscience Core, was recently elected as president of the U.S. Developmental Origins of Health and Disease (DOHaD) Society. An affiliate of the International DOHaD Society, the U.S. DOHaD focuses on all facets of the study of the fetal origins and early life programming of health and disease. He will serve as president from April 2022 through March 2024.

"The U.S. DOHaD Society is an important organization with many outstanding scientists and scholars who share similar values and research interests in children's health and development," said Tran. "This organization has been instrumental to my professional development as well as other junior investigators and trainees in similar fields of research. Following the footsteps of previous society leaders, I will devote my energy and effort to increase the society's membership as well as their engagement by highlighting topical research of its members and promoting the society's annual meetings with groundbreaking research and discovery."

Tran is also organizing the annual U.S. DOHaD Society meeting, which will take place in Minneapolis this October. More details will be added to the U.S. DOHaD website in the near future.

Tran's research focuses on the effects of early-life micronutrient deficiency, such as iron deficiency, on neural development. Iron deficiency is highly prevalent in fetuses and neonates, affecting more than 30 percent of pregnancy and preschool age children worldwide, and can cause long-term neurobehavioral impairments—such as cognition, emotional regulation—in spite of iron treatment. He uses biochemical techniques and animal models to determine the molecular bases that underlie the long-term changes in neural structures and functions that can explicate the observed neurobehavioral impairments.

“The ultimate goal of our research is to identify adjunct therapies such as supplements, vitamins or fatty acids, particularly for geographical areas where iron treatment can be contraindicated, to mitigate the long-term effects of early-life iron deficiency,” said Tran.