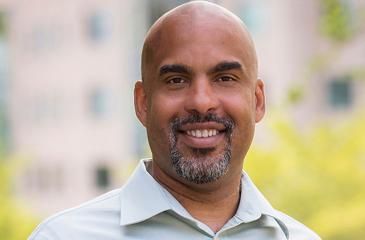 Damien A. Fair holds the Redleaf Endowed Directorship of the emerging institute, a partnership of the Medical School and College of Education and Human Development.

The University of Minnesota proudly welcomes Damien A. Fair, PA-C, Ph.D., as the Redleaf Endowed Director of the University’s Masonic Institute for the Developing Brain (MIDB). Fair has extensive research expertise in brain imaging and cognitive neuroscience, and is renowned for his collaborative and engaging leadership.

He will also be a professor in the Institute of Child Development in the College of Education and Human Development and in the Department of Pediatrics at the Medical School.

“I’m excited to join the University’s interdisciplinary team to work collaboratively to understand how the child and adolescent brain grows and thrives, as well as to find better — and earlier — ways to identify those whose brains get off track, and design targeted interventions that are based on biological evidence,” said Fair.

MIDB brings together researchers, clinicians and educators, as well as policy and public health experts to address early brain health from every angle to maximize their collective impact and increase the speed of discovery. This first-of-its-kind institute was made possible by a $35 million naming gift from Minnesota Masonic Charities, a $21 million investment from the Lynne & Andrew Redleaf Foundation and other generous philanthropic support.

“The MIDB will bring together an unmatched depth and breadth of expertise focused on healthy brain development and apply that knowledge during the periods when we can make the biggest difference,” said Fair.

In addition to Fair, MIDB is co-directed by Michael Georgieff, M.D., who is also the executive vice chair of and professor in the University’s Department of Pediatrics. An expert in fetal and neonatal nutrition and brain development, Georgieff has served as the director of the University’s Center for Neurobehavioral Development since its founding in 2000.

This article was written and originally published by the Office of Academic Clinical Affairs on July 14, 2020.