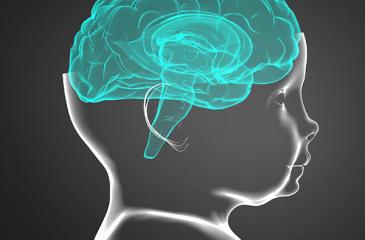 Jeffrey Wozniak, PhD, LP, created a choline-based vitamin treatment to help enhance brain development in children with fetal alcohol spectrum disorders (FASD). His research randomized a group of children ages two through five years old, with one half receiving the choline nutrient and the other half receiving a placebo. Wozniak and his team discovered that children receiving the choline nutrient showed improvement in nonverbal intelligence such as visual problem-solving, thinking, attention, concentration and memory. “Children with FASD have very high rates of ADHD, and the group that received this treatment had lower levels of ADHD symptoms by the time we followed up with them four years later,” Wozniak said. To further their research findings, Wozniak and his team are currently taking MRIs of the brains of children with FASD and measuring what is happening physically to the brain after these children take the choline supplement for the current period of nine months and then have their follow up appointment four years later. They hope to expand the study with a continuation of the long-term follow-up and testing two new dose regimens in a new cohort. Read more about this choline research.