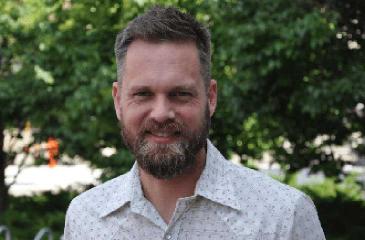 Art as the Heartbeat of the MIDB

Research has shown that integrating the arts into health care and community-based settings helps to cultivate a healing environment and promote social inclusion. At MIDB, we’re also working to curate and install artwork that will help tell our story of who and what we are.

The MIDB Art Program Committee is working to create a safe space that provides a rich visitor experience through the installation of well researched, high-calibur art. The committee includes representatives from the clinics, CNBD and ICI who volunteer their time to establish, preserve, and document permanent and rotating art collections that reflect the diverse local, national, and international communities MIDB serves.

When selecting artwork for MIDB, the committee considers:

Our ultimate goal is for the art at MIDB—including our permanent pieces and ICI’s Art for All rotating exhibits—to resonate with our staff and visitors, and that they see and connect with the stories behind each piece, and feel welcomed into the building. 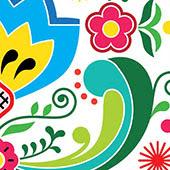 woven from life itself through Oct. 30 at Norway House

ICI's new Art for All exhibit celebrates disability pride and pride in other identities, and reflects the diverse cultural and ethnic community that makes up the neighborhood of Norway House. An opening reception will be held Thursday, Aug. 25 at 5 p.m., 913 E. Franklin Ave. in Minneapolis. Learn more about the exhibit. 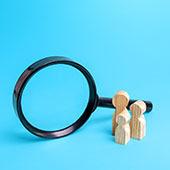 Understanding the Links Between Parental and Adolescent Substance Use

Sylia Wilson, PhD, assistant professor in the Institute of Child Development, and colleagues recently received a $1.7 million grant from the National Institute on Drug Abuse for their study, “Neurobehavioral Mechanisms Linking Childhood Social Disadvantage With Substance Use Trajectories in Adolescence and Adulthood.” They will examine effects of social inequality on the developing brain and on substance use and related outcomes in adolescence and adulthood. Read more about this study. 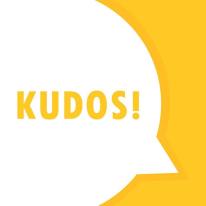 Sophia Vinogradov, MD, professor and head of the Department of Psychiatry & Behavioral Sciences, was named a 2022 NAMI Exemplary Psychiatrist. This award recognizes exceptional contributions to improving the lives of people with mental health conditions.

Daniel Mendez (thesis advisers: Thomas Bastian and Michael Georgieff) was selected as a 2022 Gilliam Fellow. The fellowship recognizes graduate students conducting outstanding research in their respective scientific fields and their advisers who are committed to building a more inclusive scientific ecosystem. 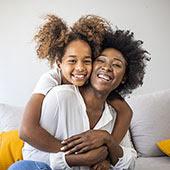 Examining the Role of Caregiving Behavior in Shaping Youth Cognition

An international team including researchers from the MIDB have found that individual differences in cognition emerge early and poorer cognition may be associated with more adverse outcomes such as mental illness entering adolescence. Caregiving plays an important role in supporting cognitive development, yet it remains unclear how specific types of caregiving behaviors may shape cognition, highlighting the need for large-scale studies. In this study published in PsyArXiv, the researchers characterized replicable yet specific associations between caregiving behaviors and cognition in two large sub-samples of children ages 9-10 years old from the Adolescent Brain and Cognitive Development (ABCD) study. Read more about the study. 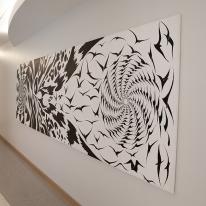 “Creation” Artwork by Former U of M Pediatrician Donated to MIDB

The MIDB recently received a donation of artwork by former U of M pediatrician Robert Fisch, MD, who was a world-renowned expert in phenylketonuria. A survivor of the Holocaust, Fisch shared his experiences through writing and art. He previously described the concept for the large painting, Creation, as, "the painting on the left side shows a circular hurricane-like form, like our minds which have many thoughts and most of them eventually go nowhere and disappear. So that from the circular thing you can see that most of them will go on both sides and eventually break apart and dissolve. On the other hand, one form (or thought) eventually became more and more a specific and definite form; in this case, a single bird. From that bird came two birds; and they are producing others which, on the right side became a creation of hundreds of birds from a nest and from this point on, multiplication and new forms are taking place in time.” Fisch drew the mock-up for Creation and the painting was done by then U of M Art Department students Stephanie Mann and Taylor Costello. Creation was originally commissioned for his friend and colleague, Dr. Robert Blum, who recently donated the piece to MIDB. While Fisch passed away this past June, his legacy lives on through his writing, art, and the Fisch Art of Medicine Student Awardsfor U of M medical students. Read more about Fisch in Pearls of Wisdom. 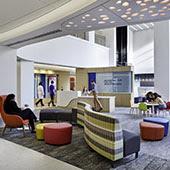 Placing Study Recruitment Materials in the Public Areas of MIDB

MIDB is planning to have research recruitment materials available in the waiting rooms of the building, including the clinic and the CNBD. If you would like to have your study's materials available for viewing in these areas, please complete this form. 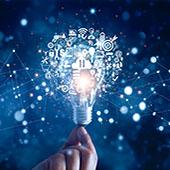 Inaugural members of the MIDB Philanthropic Advisory Council serve as key advisors to provide strategic insight around philanthropic priorities, inspire donor support, and serve as champions to advance the work emanating from the institute. In partnership with the MIDB and medical advisors, the council is dedicated to advancing the institute’s vision, promoting inclusion and engagement with the community, building awareness, and providing thought leadership to increase visibility of the institute and its role in serving children and families locally and across the globe. Learn more about the Council. 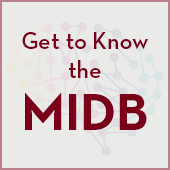 Have you missed one of the recently held Get-to-Know-the-MIDB meetings? Watch the meeting videos online and hear from MIDB leaders and learn more about core research services, clinic structure, and community engagement partners to the University community. Also, save the dates for upcoming presentations and plan to join us in-person.